For 3 evenings we ran a series of interviews with real Christians with real lives.

A respected cancer sugeon from Addenbrookes Hospital, a Chief Executive from a financial institution in London, and two local parents who've dedicated over 4 decdes of their lives to caring for their severely disabled child.

The delightful Yorkshireian Roger Carswell will conduct each interview, revealing the reality of what knowing Jesus has meant for these individuals. 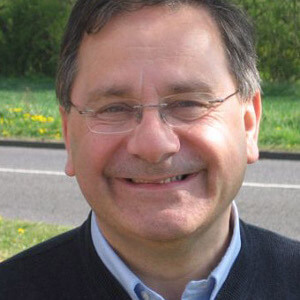 Roger Carswell was born and raised in Leeds, England, and has lived in Horsforth for many years. He is married to Dorothy, and they have four children and six grandsons. His mother is Armenian; his father was a Yorkshireman.

Roger became a Christian at the age of 15 in the Lebanon when his uncle clearly explained the Christian message to him. After university, Roger was a teacher for several years, before becoming as a full-time evangelist. Travelling largely in the UK, he speaks at universities and churches. He has also written numerous pamphlets, and many books, including such titles as ‘Grill a Christian,’ ‘Things God Wants us to Know,’ and ‘Where is God in a messed-up World?’

This was the fourth time that Roger has visited Isleham. 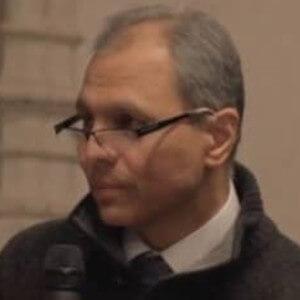 Piyush is a surgeon in the ENT department at Addenbrookes Hospital, where he specialises in head and neck cancer. He grew up in a Hindu family in Kenya. His father grew sugar cane and his mother worked in a shop. He often helped his mother in the shop, first attending school when he came to England aged 13.

After studying at university, Piyush began working as a surgeon. He tells Roger his story about life in Kenya, how he came to live in England and how his life changed dramatically. He will be talking to Roger about his faith in Christ alongside the corporate world he works in.

Richard and Carol have been married for 47 years and live in West Row, where Richard grew up (Carol is from Isleham). They have two daughters, Nikki and Claire, and two grandsons. Claire is 41 years old and lives with her parents. At the age of three weeks old Claire suffered a severe hypoxic brain injury and doctors at Great Ormond Street explained that she would never be able to walk or talk. Claire now has some ability to walk after years of programmed brain training, but Richard and Carol have cared for her throughout her life, and continue to do so. They will be speaking to Roger about their life and how their faith in Christ has sustained them.

Whilst with us, we laid on an afternoon Cream Tea at which we invited Roger to speak.

And clearly we couldn't put on a Cream Tea for the ladies without providing a cooked breakfast for the men with Roger again speaking.

We believe that everyone has the right and need to hear who Jesus is, why He came and what it means for them.

A regular open-doors Thursday coffee morning is held at 10:00-11:30 for anyone wishing to informally discover more, as well as formal services every Sunday morning and evening (including youth groups and a creche).